But in difference to most memorial parks this park had a group of four creative artists designing it. They created some dozens of road signs with easy understandable pictures/symbols pointing out what went wrong in Argentina at this era.

And finally the results:

Of course no one of the military junta ever got punished. Instead Argentina still have a law granting them immunity from punishment and since 34 years there are weekly demonstrations at Buenos Aires in front of the president office to claim justice. 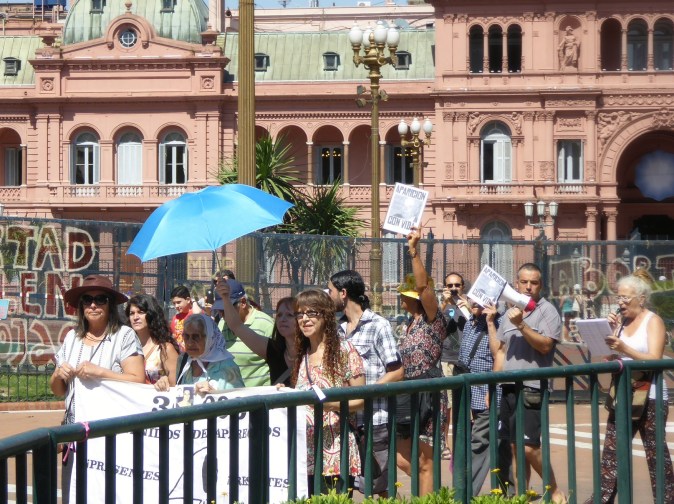 But how about Argentina today?
Argentina still pay back the debts made from the military junta for buying weapons from the USA. Still most is owned by a few privileged persons. Year after year a lot of values are transferred into foreign countries. Today Argentina is the most expensive country of Latinamerica, with over 32% of the population living below the poverty line of 100$ per month.
And those Argentinians that are rich enough to save money help together to rob their country by collecting dollar or euro notes, by allowing the USA and Europe to take out argentinian goods for a block of printed papers.

Marcel is like a snail. He likes to carry his home all in one backpack and just moves as long as he finds a beautiful spot to set up. He is also like a donkey and carries all the heavy stuffs from his sweety. View all posts by Marcel

Sorry, as we are not native English speaker, there are a lot posts without english version.